Japanese bathrooms are often different than those in American homes. Focused more on function and simplicity, bathrooms found in Japanese homes embrace minimalistic design and optimal efficiency. However, Japanese bathroom design is far from stark. In fact, through embracing the simplistic and functional, these bathrooms induce calm, clarity, and relaxation – desirable qualities no matter which side of the earth you live on.

If you are designing a bathroom from scratch or redesign one that already exists in your home, you can incorporate elements of Japanese bathrooms to enhance both aesthetics and utility. 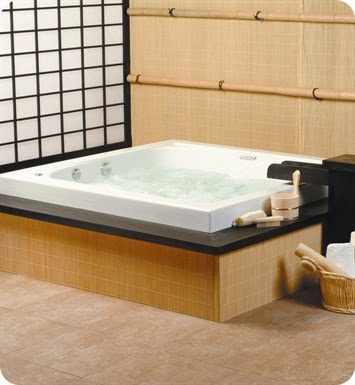 ·         Minimalism – use smaller fixtures made of natural materials such as stone and focus only on those things necessary for your needs. This can produce an open look while greatly reducing the time and cost of cleaning.

·         Function – tubs are for relaxing and are perfect for midsized to larger restrooms. Showers, on the other hand, are utilitarian. Japanese showers are often little more than hoses attached to more elaborate and welcoming tubs – a feature that helps make showers more economical and the time spent in them more focused

·         Hygiene – many Japanese bathrooms have separate entrances for the toilet and bathing areas. This increases hygiene as well as the function of a space. Replacing toilet paper with a bidet can also make a space more hygienic and reduce potential damage to pipes and septic systems

Japanese-style bathroom design can be further enhanced by adding small touches such as flowers arranged in the Ikebana style, small Zen gardens, and similarly simple and calming aesthetics.