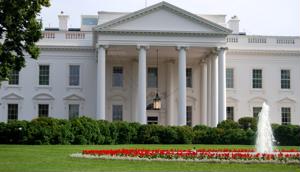 If one topic could bring together female Senators from across the aisle, it's the issue of having an adequate bathroom. After a drawn out, bipartisan battle in the U.S. Senate, female senators finally have more comfortable access to toilets.

The plans for the new bathroom that were passed through the senate will replace the current bathroom, which only has two stalls. The first bathroom was constructed in 1993, a time when there were not nearly as many women in the senate as there are now. As a result of these small facilities, there have been a number of problems with traffic, as two stalls for 20 women isn't enough.

"For the first time, there was a traffic jam in the Senate women's bathroom. There were five of us in there, and there are only two stalls," Sen. Amy Klobuchar (D-Minn.) said at the Washington Ideas Forum.

The new bathroom may have more amenities for the Senators as well, featuring a window and a baby-changing table. Amenities upgrades in the Women's restroom are reported to include a baby changing table, a mirror and bar sink and others, according to the Huffington Post. Construction will start on the new facility after the August recess.

The move comes two years after women in the House of Representatives were given a new bathroom on the behest of Speaker John Boehner.

Many female Senators are considering this a leap forward for females in government, since it shows that there has been a large increase in the number of female elected officials that changes must be made. Women now make up one fifth of the Senate, and this growth is encouraging to many of the female senators. Though the inconvenience of the bathroom is not necessarily the best sign, it still shows that women are becoming more successful in civil roles as their numbers increase.

It's a really positive sign of how things have changed here," Sen. Jeanne Shaheen (D-N.H.) told the Washington Post.

While inconvenient, the situation had become a running joke among the women of the Senate for several years. The fact that they had outgrown their smaller facilities was taken more light-heartedly than as a major inconvenience.