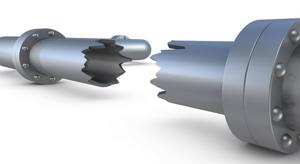 A Minn. man has been caught who had been allegedly stealing pipes from area restaurants to sell for scrap. Police theorize that the man stole pipes from several McDonald's restaurants, as well as several others, and sold the metal for the bronze they contained.

Mikael J. Carlson, the 32-year-old alleged thief, had visited several restaurant bathrooms in the past month, and the managers of the restaurants began to notice the pattern. After several pipes went missing from a McDonald's toilet, the manager reported the theft to authorities. A white SUV was spotted in the surveillance footage of the restaurant's parking lot, leaving around 1 p.m. A man later identified as Carlson was seen getting into the vehicle.

The area manager of the McDonald's restaurants reported that there had been similar incidents at other nearby locations, and the police were informed. Using surveillance footage and information from area managers, police were able to ascertain the suspect's license plate number.,

After another complaint was registered with the authorities, Eagen, Minn. police began to follow Carlson as he drove from place to place, visiting at least three establishments on July 5. At each location, pipe was missing from the bathroom after Carlson left, according to the local CBS affiliate.

Before the suspect could make another attempt, police intervened and arrested him. After searching the vehicle, they found pipes, screwdrivers and a wrench. Carlson admitted that he had stolen the pipes from the three restaurants at that time and was taken into custody. He was linked to other, similar thefts in nearby counties as well.

If convicted, Carlson could serve up to five years in jail and face a $10,000 fine for felony theft.

Carlson stole the pipes so that he could sell them for scrap metal. They contain yellow bronze, which sells for over two dollars a pound. In total, Carlson was charged with stealing over $1,700 worth of material.

Police also reported that Carlson always left a few of the toilets in the establishments he visited working, allowing customers to continue using the bathroom. He also shut the water off before removing the essential parts, which prevented leaks and water damage.