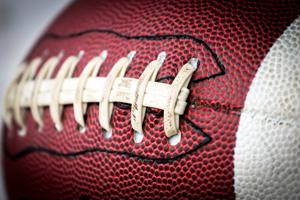 Former San Francisco 49ers center John Macaulay recently lost his 1984 Super Bowl ring, though it was found and turned in by an airport employee.

Arra Daquina, a Starbucks employee at the airport, found the ring in the public toilet in the airport terminal. Though she didn't know what it was, she could tell that the near 30-year-old ring was valuable, as it was encrusted with jewels and diamonds, according to Mercury News.

"I didn't know what it was, but it was big and heavy,." Daquina said, according to the source.

Though she didn't know how valuable the ring was, the next person she showed it to did. Denny Pfaff, a volunteer at one of the airport's information booths and former employee of the city's aviation department, knew what the ring was right away and promptly took it it to the airport's lost and found department. The athlete's name is carved into the ring, so there was no question as to the highly-prized piece of jewelry belonged to.

Soon after the ring was turned in to the lost and found, John Macaulay came looking for it. Reportedly, he was in awe that it was not only there, but at how quickly he was able to recover it. Though he only played in three season games in 1984, he still had a ring.

Macaulay is not the only person to have a Super Bowl ring go missing. In one of the most famous recent cases, Russian president Vladmair Putin is rumored to have stolen New England Patriots owner Robert Kraft's ring. Though Kraft initially stated that he gave the ring to Putin in 2005, he recently stated that Putin simply stole the $25,000 ring, according to The Associated Press.

Putin now claims that he remembers neither the ring nor Kraft, but that he will be willing to provide another piece of jewelry to replace the lost item if it will satisfy Kraft. The ring is now on display at the Kremlin several years after Kraft claims the Russian president pocketed the jewelry, claiming that he could use it to kill a man.