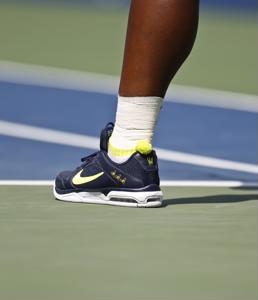 Investigators from the Mirror have detected large amounts of cocaine use in the public bathrooms at the Wimbledon tennis tournament. The investigation lasted three days and found trace amounts of the drug left behind in the toilets of the tournament and many bars nearby.

The investigation revealed that nearly 40 percent of the tests performed came back positive for trace amounts of cocaine in public restrooms ranging all over the tournament grounds. The drug was found in the toilet blocks of the All England Club, as well as many facilities near Center Court and Court 1, where many high-profile matches take place during the tournament.

Traces of the drug were found on toilet paper holders inside stalls. Some bathrooms even had baby-changing stations that revealed trace amounts of the drug, sometimes even residue visible to the naked eye, according to The Mirror.

The London tournament attracts tennis players from all over the world as well as over 40,000 fans. Hospitality packages for fans often cost over $1,000, and guarantee priority seating for matches, as well as champagne throughout the day. Many of the toilets of these exclusive grounds also revealed traces of cocaine.

In response to the evidence, a representative from the All England Lawn Tennis Club said that tournament operators had launched their own investigation into the security of the games.

She stated, "We thank you for drawing our attention to this. We have nothing further to add at this stage."

A security force at the tournament checks bags and other items, though members of the security team did not do full pat-downs of spectators. Items like coolers and briefcases are not allowed onto the grounds, and other bags must meet a certain size requirement.

A ticket-holder's guide from the tournament stated that "Comprehensive security measures will be in place for all those visiting The Championships: These will include extensive searches on entry to the Grounds and the Show Courts.

Many of the sport's most famous and talented players play the tournament, including Andy Murray, Serena Williams and current men's champion Roger Federer. It also draws guests ranging from public officials to celebrities who come to enjoy the games, as well as families and sports enthusiasts.