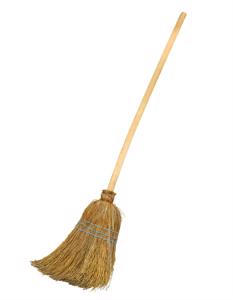 Video footage has surfaced of 19-year-old op singer Justin Bieber relieving himself in a New York restaurant's mop bucket. The bucket was placed directly outside the toilet, but the popular young singer chose to use the bucket instead, and then launched a tirade of insults at a photo of former president Bill Clinton.

First appearing on celebrity gossip site TMZ, the video showed the young singer and a group of friends being rowdy at a restaurant before stopping to use the mop bucket as a toilet. Bieber and his friends appear to be proud of their actions in the video, and some offer a few pieces of advice to those watching the incident.

Bieber defends his actions in the video, saying "Quick little [bathroom] break you know, quickest restroom you can get to."

After he finished with the mop bucket, the signer then turned his attention to a framed photo of Bill Clinton hanging nearby. He took a spray bottle from a table and proceeded to squirt the photo with water, yelling expletives. Later, the singer used Twitter to thank Clinton for his words.

The Canadian pop star has recently come under fire for other actions, garnering including attention from the Homeowner Association of the singer's neighborhood, The Oaks in Calabasas, California. Though the complaints did not mention the singer by name, it has been widely speculated that he is the "celebrity neighbor who has been wreaking havoc on their streets," according to the Daily Mail. There were also allegations of reckless driving in the community, which some suggest are directed at Bieber.

The pop star has also garnered negative attention for demanding that his pet monkey be allowed to fly with him as well, as arriving hours late to his own concerts. Since his rise to tremendous fame, the singer has been the center point of much media attention, though some of it has turned decidedly negative in recent months.