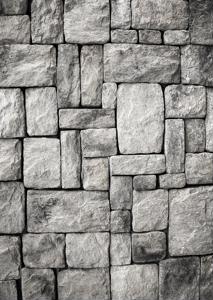 Archeologists performing work to conserve the ancient Drum Castle in Scotland happened upon two ancient rooms that had not been seen for hundreds of years. One room had once sheltered a Scotsman who was defeated in battle, while the other contained a Medieval toilet.

The 700-year-old castle was under the guard of the National Trust for Scotland's Drum Castle, and was undergoing preservation work it when the discovery was made. Dr. Jonathan Clark of Field Archeologists Heritage was part of the crew that decided to explore the castle further. He described how it was apparent that there were hidden passageways and rooms in the castles.

Windows in the tower could have revealed what was inside, but they were blocked by bookcases. The team wondered whether there was going to be anything behind the windows at all, according to The Scotsman.

"So we set out to unblock two window openings on the west face of the tower to establish the form and condition of these interior spaces. Before we unblocked the windows we wondered if the passages had been filled up with rubble at some point in the history of the evolution of the ancient tower and that there would be nothing to see," said Clark.

After the team members carefully made their way past the antique shelving, they discovered a perfectly preserved chamber and toilet that had been untouched for hundreds of years. The toilet was even complete with a seat, in pristine condition.

The secret chamber was used to hide a Scottish war hero during the middle ages. After a defeat in the Battle of Culloden, Alexander Irvine was hidden in the chamber for three years by his sister Mary. At the time, the Scottish were at war with the British, and she was able to misdirect English soldiers while her brother remained out of sight, according to The Herald Scotland.

The battle took place as part of the Jacobite revolution, a move to restore the Pope to power in the 1700s. Only an hour or so long, the battle was very short by European standards, though both sides took significant losses and the Scottish eventually lost.

The discovery should allow historians and archeologists to better understand how ancient castles were used and populated during their time.