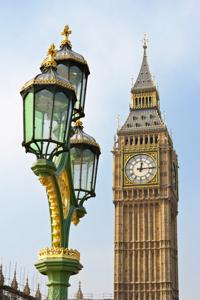 Renovation work on two bathrooms in the British House of Lords could cost tax payers about $150,000. The British government has posted an ad asking for private companies to bid on the job, estimating the entire work load to cost the six figure sum.

The current toilets were revamped 20 years ago, but have since fallen into disrepair, according to representatives of the House of Lords. Since the area is considered high profile and the lavatories are used by members of Parliament, as well as guests and delegates from overseas, sponsors of the new plan consider the cost to be well worth the price, according to The Telegraph. The original restrooms were built in 1937.

A statement from the British government's website noted, "The works are to address the overdue refurbishment of the existing Salisbury Room area amenities. The toilets have not been refurbished for over 20 years and have reached the end of their serviceable life."

The statement went on to say that some of the workers' goals are "to improve the aesthetics and maximize space, and eradicate user complaints."

There is also not an available handicapped bathroom in the building, with the nearest over 100 yards away. Some of work will include installing oak wood paneling and potentially removing a urinal in the men's bathroom to make a larger stall available. There are also plans to add new decorations and sanitary equipment as well.

The work is expected to take approximately 40 days and begin in August. Twelve companies have come forward with proposals for the work.

The high price of the construction has incited some criticism. One critic, the chief executive of the Taxpayers' Alliance, Matthew Sinclair, expressed concern over the cost of the project, calling the estimated budget "eye-watering," according to the Sky News. He is one of several concerned parties skeptical of the value to the tax payer of the work.

"A family could afford to build themselves a home for this much cash," he stated.

The building is grade one in the standards of British government buildings, meaning that it must adhere to certain standards of quality.