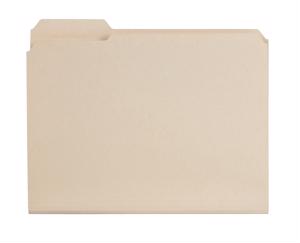 During an Audit of a Lake County, Fla. contractor, investigators realized that the operator left classified documents, among other places, by the toilet. The papers were not meant to be seen by people outside of the company, but were left among reading materials inside a company restroom.

MV Transit, operating the discounted bus service Lake-Xpress, was undergoing an audit when the infractions were discovered. Many of the documents found contained personal information from customers and other operators, and were stored in places where they could easily be found and read by people who shouldn't have had access to the information, including a company bathroom.

Other than the toilet, some documents were found in an old pile of Halloween decorations, while others were thrown into a dumpster. The documents in the trash were not shredded or bagged, and the lid was unlocked, allowing anyone on the street access to the information. Other documents were found in the shower and many other places outside of secure filing cabinets or other proper storage, according to local news affiliate WFTV.

The audit was raised to see whether people's personal information was at risk due to the company's sloppy record-keeping. Once finished, the audit concluded that a shredding policy is necessary for the company.

In response to the audit, the company told the news outlet that it was working with county commissioners to ensure that it followed shredding procedures and made sure that documents will be stored properly in the future.

Documents on the toilet

The incident in Florida is not the only time that important documents have been left by the toilet. A covert intelligence-gathering move titled Operation Tamarisk by British and American troops during the Cold War focused on finding classified information in documents used by Russian soldiers as toilet paper, according to NowIKnow.com.

The Americans and British went to work depriving the Soviet army of toilet paper, forcing them to use something else. Many of the Russian soldiers were not well-educated or literate, so they just used documents that happened to be laying around. Some of these contained the information that the Americans and English intelligence agencies desired, though the means of retrieval were much more unpleasant than those employed by the county commissioners.