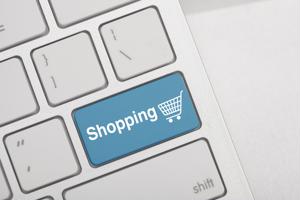 New research has shown that smartphones, tablets and other portable electronic devices have encouraged Americans to take phone calls, work and shop in more places, often including while using the toilet.

A little over half of those surveyed said they had answered a call while using the toilet, and slightly fewer claimed to have made calls from the bathroom. Of the men surveyed, 20 percent, compared to 13 percent of women, said that some of the calls they took or made in the bathroom were work-related.

Generations played a role in the usage of cell phones, with people from Generation Y using them the most. The rates fell as the generations grew older, although more than half of Baby Boomers reported using their phones in the bathroom, and just under half of the Silent Generation did as well.

With the ability to shop anywhere in the house, many Americans have turned to browsing online wares while on the toilet, detailed by research from SeeWhy originally published in Wired.

In total, ten percent of respondents claimed to have made purchases while actually using the toilet. Other spots included the living room, the bedroom and the kitchen, while some preferred to do their online shopping while sitting outside.

While some of the shopping occurred on smartphones, much of it was more focused on tablets. Those who used tablets like iPads were three times more likely to actually make a purchase instead of browsing. The numbers also revealed that people had different shopping habits on mobile devices than desktop computers.

Charles Nicholls, chief security officer of SeeWhy, said "You find that you've got this evening pattern of recreational shopping that doesn't happen on desktops in the same way."