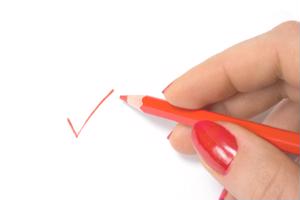 In an increasingly bitter battle for a Massachusetts Senate seat, one contender has decided to take the battle to the toilet. Gabriel Gomez, running for the seat as a Republican, has aired a commercial in which he sarcastically claims that his opponent, Rep. Ed Markey, leaves the toilet seat up, among other terrible things.

A war of words

Both campaigners have been especially raucous in their claims about each other over the past months, even going so low as Gomez calling Markey "pond scum" over an incident with a digitally altered photograph showing the challenger alongside terrorist Osama Bin Laden. With such a bitter race, it's no surprise that someone would bring up the commode.

Gomez's ad starts with a sarcastic defamation of himself. A voice-over states that "Gabriel Gomez is a very bad man. He kills old people. He hates women. He even leaves the toilet seat up."

The ad uses real footage from an attack ad aimed at Gomez. The ad featured elderly people struggling with bills, but the Gomez's satirical response then flashes to a toilet with the seat. A harsh, red arrow emphasizes the seat, which the ad sarcastically suggests the hopeful senator left up.

From there the ad changes direction, but this type of nastiness has plagued the entire race, noted CNN. Though this ad used humor to try to distance itself from the previous mud-slinging, it still shows how low the two men will go to get their seat.

The announcer of the video states that "Congressman Markey must think we're stupid," and that the senator embodies "everything that's wrong with Congress."

The men are campaigning for a special election for the U.S. senate seat on June 25. The seat, formerly held by John Kerry, was left open when he left the Senate to serve as the Secretary of State.

The race has become the center point of much political activity, since the seat has the potential to be very influential, even drawing a visit from President Barak Obama to support his preferred candidate. As the campaigning draws near a close, the remarks from both candidates have heated up significantly.

The two men met for their second debate on June 11 and will have another before the actual election.