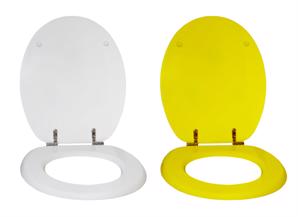 The water in public restroom toilets has been shown to have more bacteria than both the ice from restaurants and many handbags, according to new studies. The results are likely shocking to many readers, but, at least in the case of handbags, there are a few steps that can be taken to reduce the amount of bacteria present. In the case of the restaurants, it may be better to just skip the ice.

British newspaper The Daily Mail recently conducted research on the top ten favorite U.K. fast food restaurants, and the findings were not pleasant. Ice and toilet water samples were taken from the restaurants and compared, revealing that locations of the fast food chains McDonald's, Burger King, KFC, Starbucks, Cafe Rouge and Nando's all had disturbingly high levels of bacteria in the ice. A few of the samples were even high enough to be considered a hygiene risk, though they were not immediate health threats.

The findings were chalked up to the fact that the toilets were likely cleaned more often than the ice machines.

"It is easy to forget ice can carry bacteria because [restaurant workers] think it is too cold for germs, but that is far from the truth," Melody Greenwood, an employee of the Health Protection Agency, told the news source.

Several of the restaurants claimed that they would revamp their cleaning procedures.

In what may be a shocker to some, but old news for others, handbags also contained high levels of bacteria.

A report from Initial Washroom Hygiene, a company that manufactures various cleaning products, found that the handles of many ladies' bags had more bacteria than a typical toilet flush. Like the restaurant ice, this is most likely due to a lack of regular washing. A few other items also had high levels of bacteria that were found in bags, such as cell phones and hand cream dispensers.