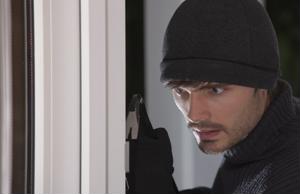 Two bars in Brooklyn, N.Y., experienced a rash of thefts involving items in their bathrooms. One bar had a high-end wooden toilet seat, arguably the best part of its bathroom facility, stolen during a busy night, while the other, a soccer-themed establishment, saw the disappearances of some of its trademark goal-shaped urinal cakes.

The first bar, called Lighthouse BK​, saw its wooden toilet seat disappear. No one noticed that the item went missing until the restaurant was being closed down for the night. Assaf and Naama Tamir, the brother and sister who own and operate the establishment, were baffled and confused when they saw that the item was missing. Other than wondering why the toilet seat was missing in the first place, they also wondered just how someone got it out the door without anyone noticing.

Assaf asked his sister if she knew about the missing toilet seat at the end of the night, but she had no idea. She told The Brooklyn Paper that the toilet was "was missing in action." Luckily, the small and questionable theft left the actual toilet undamaged, though there was certainly some psychological harm done. The staff of the restaurant was able to get a new seat installed before the dinner rush the next day, though this curious caper remains unsolved.

Banter Bar, the soccer-themed establishment, is no stranger to items walking out of the bathroom. Its goal-shaped urinal mints, meant to improve the air quality of the bar's bathrooms, have been stolen before. The devices cost about $20 and are mainly installed to give patrons the opportunity to have some fun while reliving themselves. Chris Keller, the owner of the bar, expressed confusion and frustration at the situation.

"We have to put in cameras and watch everybody pee," he said in an interview with the New York Daily News."What are you going to do with it? Who has a urinal in their apartment?"

One resident of the area, familiar with the bar's tendency to overflow with drunken soccer fans, said "That is so disgusting. It's very strange, but it seems to me like a typical soccer guy thing to do."

While no one knows why the cakes were stolen, the bar hopes that it won't happen again.