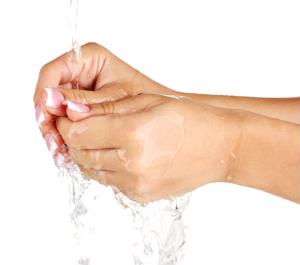 A study by the University of Michigan has found that only 5 percent of people wash their hands properly after using the toilet. The study observed over 3,700 people by using discreet means in public restrooms, and the findings were surprising.

While many people who used the public restrooms did wash their hands, only 1 in 20 did so well enough to actually kill germs. Ten percent of people didn't wash their hands at all while a third used no soap. Of those who did wash, the vast majority of them only did so for about 6 seconds. The Center for Disease Control (CDC) recommends washing for at least 20 seconds to ensure that the germs are killed.

Carl Borchgrevink, the study's lead author, said in a statement that "These findings were surprising to us because past research suggested that proper hand washing is occurring at a much higher rate."

The cleanliness of the bathroom also encouraged patrons to wash their hands, while facilities with dirty sinks seemed to discourage them, according to the study. Bathrooms with proper signage encouraging hand washing seemed to urge more patrons to wash thoroughly. The rate of washing saw a decline in the evenings, as people were more often out eating and drinking, and became more relaxed.

The CDC provides information on the correct process of washing hands. While it's common knowledge that hands should be washed after using the toilet, the agency also recommends washing before preparing or consuming food, treating any cuts, touching garbage or any bodily fluid. Many diseases can be spread through poorly-washed hands that come in contact with food.

One of the keys to washing hands properly is to make sure the entire hand is covered in soap, from the wrist to the fingertips. It's also important to wash under nails and between fingers to be especially thorough. The organization also suggests humming the "Happy Birthday" song to ensure that enough time has passed before rinsing.