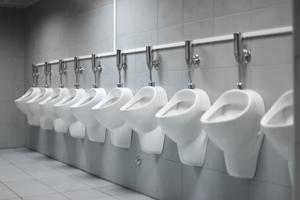 A location that formally housed a public toilet block has now become the site of an award winning public building in New South Wales, Australia. The site, which many residents considered an eyesore, is now home to an innovative and striking new building

The building constructed on the former toilet site is the Waterloo Youth Family Community Center, designed by architecture firm Collins and Turner. At the New South Wales Architecture Award ceremony, the building was given the Sulman Medal for Public Architecture. The award is considered the highest honor attainable at the ceremony. The building also received an Sustainable Architecture award due to its innovative and economically friendly design, according to ABC.

One of the factors leading the building's award was the fact that public leadership, the community and the private design firm all were able to work together and achieve great results. Commissioned by the City of Sydney, the building represents a group effort between several different groups.

The building still uses some of the elements left behind from the toilet block as its base, though much of the plumbing has been removed, and the remaining part has been changed enough to be nearly unrecognizable to its former use.

The Center will hold youth programs and meetings. It is the base of a program called WEAVE (Working to Educate, Advocate, Voice and Empower) a charitably group that works with youth in the Waterloo area. The program first operated out of one of the employee's cars and eventually found its way on to the former toilet block. Once the City of Sydney commissioned the new building, the organization stayed.