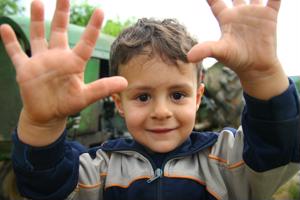 A new toilet design that more adequately handles human waste could help save millions of lives at risk from contamination. Engineers from The University of Missouri have designed a new toilet that has now been backed by the Bill and Melinda Gates Foundation, which is generating funding to help bring the design to more than 2 billion people.

In many parts of the developing world, the lack of access to clean water and hygienic toilets can cause serious illness. Each year, billions of people, often children, succumb to illnesses brought about by these conditions. Many others are affected by sicknesses that hinder their growth. The Bill and Melinda Gates Foundation estimates that roughly 2.5 billion people in the world lack sanitary conditions for waste management.

The Foundation seeks to install newer sewage systems that don't require the infrastructure of developed countries. Though effective, the sewer and septic tank systems installed in America, Europe and across the First World are extremely expensive to implement, and the amount of land and resources that would need to be devoted to install them are not available in many countries. Instead, the Foundation has laid out plans to sponsor a new type of toilet system that would require less money to install, and could service more people.

In order to sponsor the development of these new systems, the Foundation launched its 'Reinvent the Toilet Challenge' in 2011. The event calls for designs and plans from the world's most cutting-edge research bodies. This year, a team from the University of Missouri gained sponsorship for their design, which turns waste into carbon dioxide, water and heat. Doug Hendry, a postdoctoral fellow in chemical engineering at the University, explained the process to the Wayne County Journal-Banner.

The process generates enough energy to sustain itself, and can potentially power separate machines as well. The water can even be used for showering, washing and drinking once the filtration has been performed. Eventually, the system will be able to clean enough water to provide service to 1,200 people per unit.