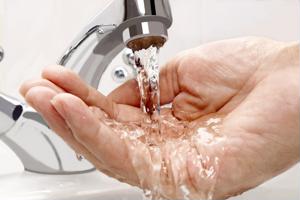 Even though he was playing the world's strongest man, Henry Cavill, the actor portraying superman in the upcoming "Man Of Steel," claimed to have trouble accessing the toilet when in his costume. The new outfit, a far cry from the original underwear-over-tights that superman has worn for the past 75 years, has been replaced in the newest version of the film with something more like chain mail, and this made going to the bathroom no easy task.

In an interview with E! News, Cavill said: "There was no fly. There was no zipper. So it's just one of those things where you got to wait for the right time."

The actor reported that it took him about 25 minutes to get out of the newly resigned suit, time which can be hard to find on the set of the movie. Still, Cavill had no regrets about donning the costume, even with its inherent bathroom issues.

"It's a Superman suit and as much as it may feel uncomfortable at points, you get over it. You get to play Superman," said the actor.

The special privilege of playing one of America's most beloved and iconic action heroes seemed to be enough for Cavill to play through the pain. Though just wearing an inconvenient suit wasn't the only issue the actor ran into while playing the hero.

Cavill also had to go through a strenuous exercise regiments to become as muscular as audiences have come to expect Superman to be. He had to go through periods of gaining muscle and then becoming lean again very quickly, all of which he did in dedication to his role.

Cavill also described the first time that he put on the suit. He told ABC News that he felt "a genuine physical energy, almost visual energy, which [the suit] has."

Bathroom troubles aside, that's one fine way to feel when you put your work clothes on in the morning. Hopefully he didn't have too much trouble getting to the toilet. Cavill's costar, Russell Crowe, who plays the superhero's father, also had trouble going to the bathroom.

The movie premieres in American theaters on June 14, so be sure to watch and see if anyone on screen particularly looks like they need to pay a visit to the bathroom.