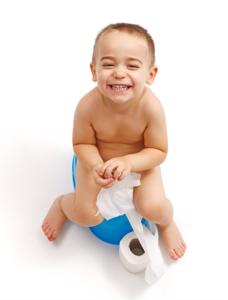 Recently released research from both the Centers for Disease Control (CDC) and The University of California, San Francisco revealed that thousands of Americans go to the emergency room each year for toilet-related injuries.

The bulk of these injuries result from slipping in the tub or the shower, but there are still approximately 33,000 injuries reported each year that are focused solely on the toilet itself, according to the study.

A new type of injury has been increasing in recent years, according to the study from The University of California. The number of people who are taken to the hospital for "crush" injuries from toilet seats has grown by about 100 per year between 2002 and 2012.

These injuries generally involve a badly timed closing of the toilet seat, resulting in damage to the genitals. Between 2002 and 2012, there were 13,175 total genital injuries reported.

The majority of people being injured by toilet seats were found to be young children who were toilet training. Children aged seven and under accounted for nearly 100 percent of "crush" injuries. Fortunately, most of the injuries sustained were not likely to have permanent ramifications.

"The vast majority of these injuries were treated in the ER and then sent home… My sense is that it's just a very traumatic and unpleasant experience to go through, but it would be important to know that there is no damage that happens to the penis or patient," said Dr. Benjamin Breyer, lead author of the study, according to Reuters.

Breyer theorized that some of the injuries might be related to increased sales of heavy wooden or ceramic toilet seats, which he suggests would better be avoided by people with potty training children in the house.