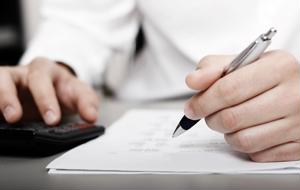 Schools in Chicago are facing such severe budget cuts this coming academic year that some will be forced to choose between laying off teachers and cutting back on such necessities as toilet paper. In response to this, many parents and concerned Chicago residents have rallied to gather toilet paper and other supplies in order to help these schools provide for students.

Despite the closing of 49 Chicago public schools, budget cuts still call for many cutbacks for those remaining. While some schools have been forced to lay off or fire teachers, aides and secretaries, this sometimes isn't enough to meet the huge budget reductions. Some schools have had their budgets reduced by over $1 million, while the Taft High School has to trim $3 million from its spending, according to The Daily Kos.

One teacher told the source that she often had classrooms overcrowded with nearly 40 children. She had to regulate the use of outdated textbooks and even ration toilet paper. While the teacher explained that class sizes had reduced and materials had become more readily available, the introduction of a new 5-year plan to reduce budgets had hit hard. Many schools did not have the money for any janitorial supplies, including toilet paper.

She told the source, "The question is at what point is a budget beyond ridiculous?  The personnel cuts increase class sizes, textbook funds are slashed, and we have no money left for the basic health needs of children.  In the end, the drastic school-based budgeting is creating systemic failure."

On June 18, many parents and activists decided to hold a small rally to gather toilet paper and other supplies. In order to drive the point home, the event was held in front of the Chase Auditorium, where Chicago Public Schools CEO Barbara Byrd-Bennett was holding an event to gather support for the 5-year plan, NBC notes.

The plan for the protest was never to actually cover the venue with toilet paper, but to draw much-needed supplies and attention for the crisis.

The group of activists also created their own online persona, including a Twitter label: #CPSwipes. A video of a student going into one of the bathrooms to find no toilet paper has also gone viral on the internet.