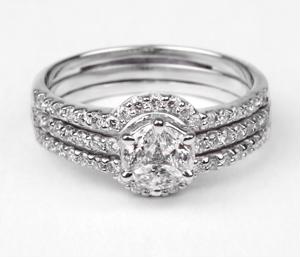 Anyone can tell you that flushing a ring, or anything of value, down the toilet would be a tragedy. This unfortunate incident recently took place in Virginia, but was luckily rectified by a group of city employees.

Woman in Virginia flushes her ring down the toilet

According to the Associated Press, a woman in Hampton, Virginia, accidentally dropped her anniversary ring in the toilet and flushed it away. The accident led to an orchestrated mission by the city to recover the piece of jewelry.

Originally from Richmond, the woman had been visiting her family in Hampton, a small city close to Virginia Beach, in early May.

After the incident occurred, the woman called a plumbing service to attempt to retrieve the ring. The endeavor was unsuccessful, casting doubt on whether the jewelry would ever resurface.

The Daily Press, a local news source from Newport News, Virginia, explained that the accident happened on Friday, and the woman waited until Monday to contact Hampton's public works department. After she reported that her ring was gone, the town assigned a crew to retrieve it.

The team set up a debris trap along the toilet's line to catch the ring as it made its way through the plumbing system. Despite the nastiness of the job, the crew was successful, and the Richmond resident got her ring back. The story ended happily, but the moral may be to take extra care when using the facilities.

How to avoid flushing your ring down

Though we may not consider our behavior in the bathroom careless, it's important to be conscious of our surroundings for safety's sake. Want to avoid calling out a crew of city officials to retrieve a flushed-away item? Bathroom organization could reduce your risk of losing possessions to your toilet.

If jewelry fits loosely, don't let it hover over the toilet bowl. Before using the facilities, take a ring or bracelet off and put it in a container on your bathroom vanity. If you're about to hop in the shower, you might also use your vanity as a safe storage area, so your valuable accessories don't go down the drain.

Get in the habit of checking your hands before flushing. If you hear an unnatural "clink" while using the facilities, investigate its source. Though the work of Hampton's city employees shows that lost items can be recovered, with certain lavatory behavior, you won't have to hire a search party at all.