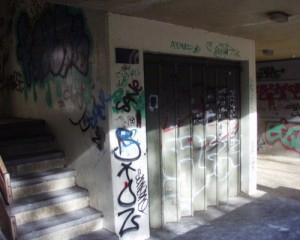 Rather than spray-painting a wall or breaking a few windows, vandals around the world have turned to bathrooms to wreak havoc. From broken plumbing to destroyed toilets, public lavatories bear the consequences of these unruly individuals.

According to a Times Union report, employees at The Daily Gazette, a locally-owned newspaper in Schenectady, New York, reacted violently after the company fired 10 employees, five of whom were newsroom staffers.

In their distress, these individuals took to the Gazette's bathrooms to blow off some steam. Aside from vandalizing the toilets, the unhappy crew destroyed other parts of the company's property.

After these incidences, the Gazette sent a staff-wide email declaring that the bathroom vandalism caused thousands of dollars of plumbing damage. The memo reminded the staff that the acts were due to the behavior of the newspaper's own employees.

Due to the events, the Gazette sent out protocol guidelines for the newspaper's workers to avoid the risk of future vandalism in sections of the company's property. According to these rules, employees can't leave their "designated work areas" during their shifts. If any of the employees need to leave their sections while on the clock, they have to check in with their supervisor to be personally escorted. Though these restrictions seem drastic, according to the source, any employee who doesn't comply may be fired.

Campground closes due to toilet vandalism

Toilet vandalism is problematic in other parts of the world as well. The Australian Broadcasting Company recently reported that a campground in the Neerim State Forest closed down after vandals destroyed the park's bathroom facilities.

This vandalism falls in line with a number of other issues the park has had since it was intentionally burned down in 2003.

Rather than attacking the plumbing or toilet fixtures, vandals tore down the walls of the Australian toilet block. According to Peter McEwan of the Department of Environment and Primary Industries, repairing the public facility may cost up to AU $20,0000.

"I simply would urge any members of the public that see this sort of activity or any other activity that's not appropriate, if they see them in progress, get some registration numbers or a few descriptions and provide it to us so we can follow up on them," McEwan said, quoted by the source.

This activity, like the problems at the Gazette, may make you wonder what's so tantalizing about wrecking a bathroom. Whatever the motive, recovering from these acts nonetheless costs money and causes inconvenience.