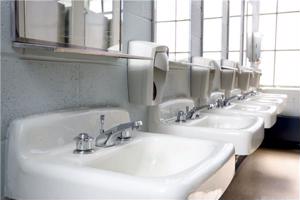 Daily News America reports that the International Museum of Toilets has officially made the the Top 10 "Weird and Unusual" museums of the world list. The museum, conceptualized by Bindeshwar Pathak, Ph.D., is located in New Delhi's Palam section, and was inaugurated in 1992.

"It is indeed a very unusual museum as it's the only one of its kind in the world," Pathak said, according to the source.

The museum showcases toilet seats spanning different historical eras. According to Pathak, the museum's highlight is a replica of King Louis XIV's throne, which doubled as a toilet for the French ruler.

Other museums that made the list included the Witch Museum in Salem, Massachusetts and the International Spy Museum in Washington, DC. These aren't your typical painting exhibits or sculpture galleries: The collections are distinct.

"The museums are being called weird in a fun way," Varun Chadha of Journeymart.com, a travel website, said, according to the source. "Each museum is unique and can't be compared to one another. Interestingly, though Delhi houses this museum, the ratio of a person to a toilet is really low here."

Back in the United States, another exhibit showcases toilets. According to The Fashion Spot, a beauty and lifestyle website, the Metropolitan Museum of Art in New York City is opening an exhibition in its Costume Institute called, "PUNK: Chaos to Couture."

The exhibit showcases a replica of the toilets and urinals of the historic New York punk venue, CBGB. The source notes that the fixtures aren't functional, but the diorama is fully equipped with cigarette butts on the floors and graffiti on the walls. The source suggests that the exhibit might also be a reference to Marcel Duchamp's​ dadaist "Fountain," which was a urinal.

In either case, like in the museum in New Delhi, these toilets represent a piece of history. Though obscure, the toilet displays offer museum-goers a glimpse into another time. Just think: Your toilet could have similar historical value.