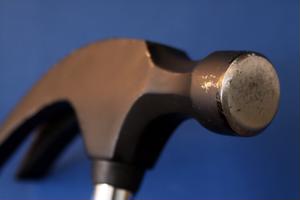 If you've been itching to replace your bathroom faucet and you know that your toilet could stand to be replaced, you aren't the only one who's thinking about renovating. An April study by the Joint Center for Housing Studies at Harvard University has found that American homeowners are expected to increase the amount of money they spend on renovations in 2013, according to the Press Herald. In 2012, homeowners spent about 9 percent more than the year before on upgrading their living spaces.

While some people simply want to be more comfortable in their humble abodes, others are attempting to increase the value of their houses. Those who are interested in selling are focusing on areas such as the kitchen and bathroom, which are frequently used and considered immensely valuable to buyers. These days, more people are also taking on projects themselves. The American Housing Survey commissioned by the U.S. Census Bureau and the Department of Housing and Urban Development discovered that about 37 percent of renovations are being done by homeowners themselves - not hired professionals.

Whether you want to install a new steam shower or you only need to replace a few fixtures in your bathroom, it's completely possible to take on these type of projects on your own. However, those who don't have much experience in renovating might want to take it slow, according to the Seattle Post-Intelligencer. It's also worth remembering that it's meant to be a learning experience - patience is key when it comes to a successful renovation and making the most out of a bathroom project.

The news source recommends beginning the process by picking out accessories that you want to have in your freshly decorated space. Look for bathroom fixtures that are not only eye-pleasing, but functional. Then, you can move on to larger pieces of the space such as the toilet and bathtub to enhance the practicality of the bathroom as a whole.

In the event that you hit a snag along the way, don't hesitate to seek a professional to help you out. This may especially necessary as you tackle areas like the sink where a plumber might be helpful to ensure that the job gets done right. In the end, these key tips can help you create the bathroom of your dreams.