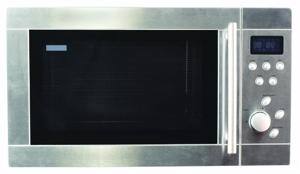 Anyone who has dropped a brand new roll of toilet paper into a toilet bowl knows a unique form of frustration. No matter how quick your reaction time is, the roll is likely doomed. One Arizona couple nonetheless attempted to revitalize a toilet paper roll that fell victim to the bowl, causing more trouble than it was worth.

According to MSN News, a couple at a senior living complex in Tucson, Arizona, tried to get inventive to save a wet roll of toilet paper.

Unfortunately, the attempt didn't end well. After the couple popped the roll into the microwave for a warm up, the paper caught on fire. Instead of a dry roll, they got an apartment filled with smoke.

The couple survived the accident unscathed, despite the drama. Nonetheless, the Arizona Daily Star reported that the incident resulted in hundreds of dollars in damages. Crews from the Tucson fire department responded to the couple's fire alarm.

Captain Barrett Baker of the fire department explained to the source that this was the first accident of its kind that he'd seen. Baker said that normally, 911 calls dealing with microwaves involve people being burned by hot food or drinks. The ignited toilet paper was a one-of-a-kind case.

When a roll of toilet paper goes to waste, it's a shame. Replacing it won't cost you more than a dollar though, so avoid putting yourself in a dangerous situation by trying to salvage it. If you want to reduce the chances of losing a roll to begin with, there are certain measures you can take.

Invest in a toilet paper holder

Dropping a roll in the toilet is usually just bad luck, but by buying a proper toilet paper holder, you may be less likely to experience this loss.

If your toilet paper roll is attached to the wall, you won't have to worry about it falling to an unfortunate fate. There are a number of toilet paper holder options, from bronze to nickel pieces in modern and antique styles. You won't have to shell out much money for one of these installations. Plus, you'll save yourself the stress of fishing out and replacing any brand-new rolls of bathroom tissue.