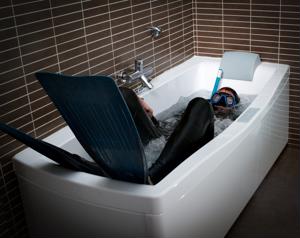 When many people hear the word "extreme" they may think of risky sports like skateboarding, snowboarding and the devil-may-care attitudes associated with athletes who participate in these activities. However, a few local governments and businesses decided to apply that "extreme" mentality to designing their bathrooms. Reporters from the Travel Channel - globetrotters that they are - put together compilations of the most extreme bathrooms they could find from across the nation. Maybe if you're feeling daring, you could consider applying some of the bathroom accessories featured here to your own bathroom redesign.

According to TTC, these French-made portable public bathrooms take cleanliness, hygiene and disease prevention to the extreme. While pricey - San Francisco implemented 25 J.C. Decauxes for the same price that would've brought in 500 normal porta-potties - these innovative toilets clean themselves and come with a sink system that uses motion detectors to make sure no one has to touch a faucet handle to clean their hands.

A major downside of these toilets is the time limit. After 22 minutes, the door opens automatically. One doesn't have to think too hard to imagine a scenario where such a regulation could lead to extreme embarrassment for a user.

The bathrooms at the China Grill in Las Vegas

The so-called "Sin City" may be well known for flaunting all kinds of extreme tendencies, and the bathrooms at the China Grill on the Vegas Strip are no exception, notes TTC. The source describes the glass windows as "mysterious" for their ability to obscure what's going on inside the unisex facilities, and there's even the option of watching television while you go about your bathroom business.

For those who'd like to avoid leaving a substantial carbon footprint in any aspect of their daily lives, the Habana Outpost in New York City provides environmentally minded meals, and the same philosophy applies to the experience of using one of their bathrooms. Four thousand gallons of water a week are said to be conserved through its rainwater system for toilet flushing and sink usage. The source also explains that the bathroom serves a double function - as a functional greenhouse. Part of the goal of the bathroom - and the green atmosphere it encases - is to remind users that steps can be taken to protect the environment at virtually all times.