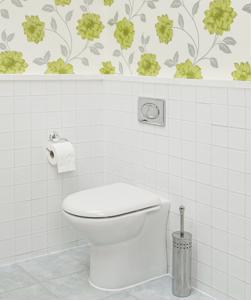 Let's face it - no one really seems to put enough thought into toilets. These fascinating devices have played a central role in the sanitation and daily lives of literally billions of people throughout the globe. Surely, there must be some interesting factoids out there surrounding the creation and evolution of these crucial devices.

Behold - the Huffington Post put together one of its trademark lists - all dedicated to interesting facts about toilets. Perhaps it could allow us to better appreciate our toilets, and even provide some education about other aspects of world history. Here are some of the most interesting entries the source provides.

The origin of the toilet brush

Right at the top of HuffPo's list is a curious fact about toilet brushes. As it turns out, they were originally made from materials that are typically used for very different purposes than scrubbing bowls. The plastic used for molding artificial Christmas trees was also applied for the fostering of toilet brushes.

Toilets = cleaner than you may imagine

In addition, the famous Myth Busters have applied their experimental wizardry to prove that toilets are, contrary to what you may imagine, one of the cleanest places in the bathroom. The seat in particular could be even cleaner than your shower.

It might not surprise you that Hitler, apparently, wasn't quite as concerned about sanitation in his country as his ramblings might indicate. According to Villeroy and Boch, many German homes throughout the 1950s still didn't have toilets. It wasn't until the nation started to recover from the significant damage done to the country by their erstwhile Nazi rulers in the 1960s that most German citizens started going to the bathroom in the same way as the rest of the industrialized world.

Time magazine explains that in 1994, with concerns for preserving water and other natural resources throughout the U.S., the Energy Policy Act was signed into law by then President Bill Clinton. The source reports that among other provisions, the water use of standard toilets was cut to - 1.6 gallons - less than 50 percent of what it was before.  It took a little while for engineers - some of whom were based in Japan - to create the low-flow toilets necessary to keep bathrooms as clean as they used to be.

As they've continued to change and improve throughout the ages, who's to say what might be next for toilets?