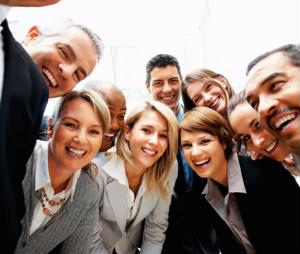 Perhaps you're just feeling a little bored and want to spice things up a bit with a good natured prank. Consider making use of your bathroom! While you might assume that bathroom-based pranks have to be overly gross or mean spirited, such is not the case. There are plenty of harmless but humorous ideas for bathroom-based pranks.

Food coloring in the tank

Take for instance this joke imagined up by the folks at Prank Ideas Central. As the source notes, it would give anyone using a toilet a shock if, after relieving themselves, the tank cleaned the bowl out with what appeared to be blood. This one's an easy prank to set up, too - Simply fill a toilet tank with whatever food coloring you think will give your victim a good hearty fright.

This prank - also on the list compiled by Prank Ideas Central - works more-or-less along the same lines as the aforementioned one. If you have access to powdered food coloring, you're instructed to  cover a towel with dye of the same color. For example, pink dye should be applied to a pink towel. Then, when your victim gets out of the shower to dry themselves off, they'll find themselves suddenly turned a different color.

This is a weird but harmless prank recommended by LOLPranks - and it's recommended for office buildings, where there's a good possibly the toilets won't be used over the weekends. Simply wait until the end of a Friday when it's doubtful that the toilet will be used again for at least 24 hours, and pour several packets of Jell-O into the bowl. Mix the contents with whatever's available to use as a stick - we're thinking the handle end of a plunger - and cross your fingers the toilet remains untouched for at least 24 hours.

The next person who has to relieve his or herself will discover that - you guessed it - the toilet is filled with Jell-O.

This one from Prank Ideas might be the most brutal we've listed thus far, but it's too funny not to include it. When a roommate is taking a shower, the prankster must sneak in, steal the victim's clothes and all the towels (leave the wash cloths), and replace them with a costume of some kind. The victim will be forced to wear the costume, and the prankster will have a great opportunity to take a picture of their hilariously attired friend moments later.