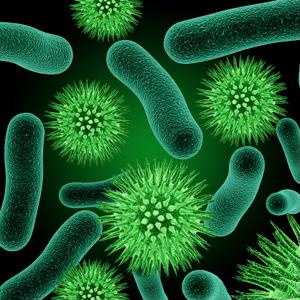 It's been said that healthy behaviors extend to all aspects of life. Of course, for better health, there's eating right and exercising regularly. But it's also a good possibility that many steps you can take during your regular bathroom use could reduce the chances of getting certain diseases. Here are a few of the easier potentially illness-preventing things you can do.

After you use the toilet, close the lid!

Multiple sources - including PopSugar Fitness and Fox News - note that flushing the toilet with the lid open may expel germs from the toilet into the surrounding air. So after you've done your business, make sure to drop the lid. This may also be a helpful step to take for men who don't always remember that making sure the seat is down is a considerate thing to do for the sake of any female members of the household.

Reconsider where you're keeping your toothbrush

This tip is has also been plugged by FitSugar and and Fox, although it should be noted that it's not the best move for the purposes of keeping a bathroom organized. Both sources advise readers to store toothbrushes in your bathroom vanity instead of in a cup or other holder specifically designed for toothbrushes. It's stated that germs from the toilet may find their way onto toothbrushes if they're kept out in the open, which sounds pretty unsavory.

Avoid drinking from the shower head

There's a good possibility you don't usually do this anyway, but FitSugar explains that tons of bacteria can be found in the water coming from a shower head, partially because the hot water heaters we have to thank for those cleansing, relaxing showers may also add some bacteria to your water. There's chlorine in the water that comes through many showers - so you probably don't need to worry about shower water harming your skin - but think twice before you drink it.

Consider what to do with your shower curtain

It would seem that there's some conflict about the most healthful thing you can do with your shower curtain. FitSugar states that mildew and mold tends to gather in the shower, so keeping the curtain closed when you're inside the bathroom, especially if you're prone to asthma, might be a good decision. But Fox News says - for the same reason - the shower curtain should be kept open in order to air out the mildew.

So, let's compromise and say if you're inside the bathroom, keep the curtain closed. On your way out, feel free to pull it open.