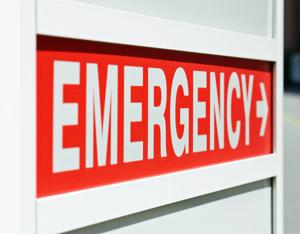 We've all thought about it - if ever there was some massive-scale catastrophe in our communities, such as a natural disaster or perhaps even a zombie apocalypse, what would we do about a toilet if the plumbing shut down along with the rest of society's infrastructure? Never fear - a few forward-thinking sources have already put together lists of suggestions for building an emergency toilet.

The Salt Lake City-based Desert News noted that in a disaster situation, sanitation may be as crucial to an individual's survival as anything else. Therefore, in case an earthquake or other event destroys the functionality of area plumbing, the source explains that a five-gallon bucket and plastic toilet seat are the first two things a person needs for the construction of an emergency toilet. Other items on the checklist include boxes of eight-gallon garbage bags, cat litter, hand disinfecting products and, of course, toilet paper. The garbage bags are meant to line the inside of the bucket, and should be thrown away after more than a few uses. A little bit of litter should be poured into the bucket after each use to cover up the odor that's bound to be unpleasant after not too long.

Additional advice for emergency toilet use

Disaster Stuff's instructions for putting an emergency toilet together don't diverge too much from the former source's. But it does provide some more specific tips on how to use the DIY john safely with regards to cleanliness. For instance, the garbage bag lining the inside of the bucket should never be allowed to fill more than halfway. It also instructs readers to use lime - the calcium-oxide compound, not the fruit - instead of kitty litter. The pet product might cut down on the smell, but lime will actually dissolve the waste, as it is known to do to other organic matter. Just be sure to wear gloves in this post-disaster scenario.

As for disposal of an emergency toilet bag, it should be buried in a hole that's at least a foot and a half deep. The location of this hole should be at least 50 feet away from where anyone is currently living, water supplies, any type of food supplies and any areas known to be populated by animals. After the bag is in the ground and covered with dirt, some form of marker should be used so any passersby know to keep a safe distance.