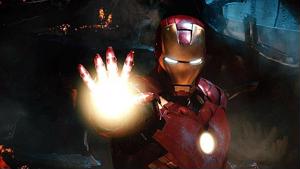 Perhaps bathroom decor for Batman and the Hulk isn't exactly a practical line of thought - after all, they don't technically exist. But these days, when superhero films have become popular enough to make spandex-clad do-gooders celebrities in their own right, isn't it worth wondering what kind of bathroom decor would work for these iconic characters?

And we're not specifically talking about superhero-themed bathroom decor, because let's face it - the corporations that own the copyrights to most of the major superheroes have already merchandised everything that exists. Not that we're complaining. After all, it's nice to know that whenever we want to add a curtain with the Man of Steel's signature "S" emblem to our shower, we can do so.

We're thinking more along the lines of those presented in the Alternate Bathroom Blog, where the writer contemplates how his favorite heroes would go about redecorating his bathroom if they were assigned the task. Oddly, the writer comes to the conclusion that all his favorite characters wouldn't be as great at arranging a bathroom as they are at fighting crime. Batman, he supposes, would model a bathroom after the gloomy Batcave, Spider-Man would make a big webby mess of the room and Wolverine would just wreck the place.

This leaves it up to us to answer the question - which superheroes would we put in charge of a bathroom remodeling?

Billionaire industrialist Tony Stark isn't just a guy in a metal suit - he's a master engineer who puts a futuristic spin on everything he creates. If Iron Man had a shot at redesigning a bathroom, he'd surely use his genius to turn it into a ultra hi-tech lavatory of convenience, beyond the imaginations of even the most successful Japanese novelty inventors. Ever wonder what it would be like to fight crime, do your taxes and take a bath all at the same time? Iron Man could probably figure out a way to arrange that.

While not usually a hero, the X-Men's arch nemesis decides to be a good guy every once in a while, so we can include him on this list. While it's hard to say whether he has any knack for design, he is the master of magnetism, which makes him a handy guy to have around if you're working on any project that involves metal. Having trouble arranging that sleek, steel modern bathroom vanity just the right way? Magneto's your man.