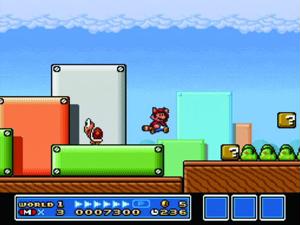 With video games being one of the biggest entertainment industries going these days, it's funny how we don't normally discuss what the best bathroom decor is out there for video game fanatics. Sure enough, a handful of news providers have found some of the most impressive video game-related bathroom designs from around the world. Here's our personal "best of" list from the lot of them.

Mental Floss wisely begins its compilation of video game bathrooms by pointing out that the age of video game nuts being shut-ins who live in their parents' basement is long over. Video games are in the mainstream these days, and even many homeowners are avid gamers. However, if they're old enough to afford their own house, odds are outstanding that their early memories of playing video games revolve around Mario, who is often thought of as one of the original video game heroes. The top bathrooms on the source's list includes a paint job on the wall of giant green pipes, with a toothed fly trap raising out to bite Mario, and there's also a tissue dispenser that looks like one of the power-up mushrooms Mario eats in the game.

Follow Mental Floss's link, and you'll find yourself on the Technabob blog with numerous pictures of Gregory Pinzone's elaborate celebration of old school Nintendo in his bathroom.  Above the bathroom vanity, the mirror frame depicts images from early Nintendo games like "Super Mario Bros." and "Donkey Kong" and the overhead light is set up to look like one of the glowing question mark boxes Mario would hit to gain gold coins. A massive rendering of a scene from "Pac-Man" adores the wall next to the door. Pinzone's bathroom is basically "Super Mario 3" in comparison to the first Mario-themed bathroom we talked about. It's the same general idea, taken to vast new places and ambitions.

It might be a little easier to envision a "Tetris"-themed bathroom. After all, many bathrooms already have square and rectangular tiles along the floors or walls. In fact, there's a name for a specific type of colorful bathroom tile called - you guessed it - Tetris tiles. But some "Tetris" enthusiasts have taken the concept of fitting colorful blocks together to a whole new level. On Trendhunter as well as Mental Floss, a handful of "Tetris"-themed bathroom decor designs are on display. It's often used as a background for the shower and has sometimes been seen as a theme for the sink.