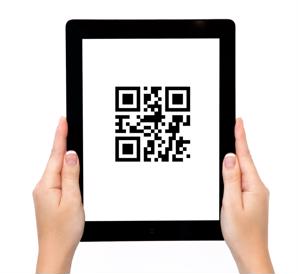 Modern technology marches on, and the bathroom is by no means exempt from our mass stampede into the future. Innovations from Japan have put a novelty spin on next generation toilets. Some smartphone applications have made it possible to control your toilet remotely. Now, a toilet paper stand that will secure your iPad by your side while you do your business is on the market.

CTA Digital - a Brooklyn-based multimedia accessories company - has unleashed its "pedestal stand with roll holder for iPad" onto an unsuspecting population. A simple metal stand with a toilet paper holder at its midpoint and an iPad-sized rack on top, the device should make it possible for individuals to see to all their emailing, gaming, researching and even video-chatting needs while they sit on the toilet.

Some commentators have had less than flattering things to say about this innovation. Meanwhile, others are quite enthused and amused by the concept, and rightfully so. From a decor standpoint, the pedestal stand may add a certain tech-savvy aura to your bathroom, and impress visitors with your reverence for new media and technology. Also, it will give them a place to put their iPads.

Not everyone feels that way, though. In a column titled "We're Doomed," Claire Lawton of the Phoenix New Times questioned how the iPad stand may impact the sanitation of the iPad itself.

"Hopefully [the device] encourages the user to do a quick wipe or two before tapping around on the germ-ridden screen," she wrote. "No word on a solution to mending the inevitable demise of your current relationship, or your own ego after pot-video dialing an acquaintance on Skype, but for for $45, we're sure you'll find it's worth it."

Meanwhile, while noting that some means of disinfecting the screen would be handy, Gizmodo stated that practically everybody uses their mobile devices in the bathroom these days. Which means it's probably much more sanitary to keep your iPad at arms length, as opposed to sitting in your lap while your use the toilet.

Product-Reviews.net echoes Gizmodo's sentiment, and points out that the same company has already produced the iPotty, which is designed to help youngsters enjoy the use of their iPads while they're toilet training. Contrary to the Phoenix New Times's concerns about device cleanliness, Product-Reviews notes that the iPad has replaced newspapers and magazines for many people who enjoy having some bathroom reading material.