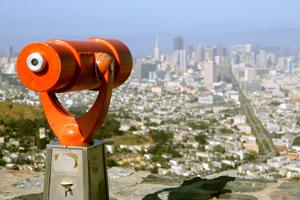 It's not as if no one's ever had the idea before, but a recent blog post on the website of Esquire Magazine makes a good point - there should be more reviews for public bathrooms, especially in New York restaurants.

Eric Vilas-Boas explains that he appreciates being comfortable with the sanitation levels of restaurants he visits and often has to relieve himself after a long subway ride across New York. Therefore, he wondered why a Tumblr like Table and Throne, based in San Francisco hasn't already appeared to cover his home city. Possibly, this could be due to how some people might find it a bit unnerving to read food reviews directly beside descriptions of toilets.

However, the reviews on Table and Throne could be described as remarkably in-depth and detailed - certainly a must-read for any San Francisco-based restaurant frequenter. For example, bellow a write-up of the "uninspired" yet "functionally prosaic" food at the Italian eatery Pasta Pomodoro, appears a glowing review of the restaurants bathrooms. The bathroom decor is described as similar to the Italian feel of the restaurant, while the cleanliness is called "just about perfect."

The source notes that the Loring Cafe may be an especially attractive stop for fans of excellent restaurant bathrooms. The writer cleverly states that "If Gaudi designed a bathroom for a wealthy, Spanish version of Bilbo Baggins, this would be it," and went on to describe a iron pipe toilet paper dispenser.

Perhaps the intent behind Table and Throne could be called a bit more practical than AskMen's list of the top public bathrooms in the world. However, that doesn't mean the online magazine's list isn't worth a glance at.

Oddly, AskMen named the Dune 45 outdoor bathroom at the Namib Naukluft Park as the best public bathroom in the world, although it's possible the writer was taking its unabashedly gorgeous surroundings into account, as opposed to the specific characteristics of the bathroom. The source's second best bathroom in the world fits a bit better on a bathroom decor site such a this - Lam Sai-wing's Golden Toilet in Hong Kong. In the Kung Fu legend's former jeweled home, the bathroom collectively costs $3.5 million, as the space is plated with variously previous metals and historical artifacts.