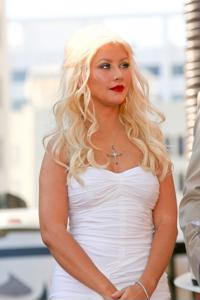 According to an article that recently appeared in the Washington Post, race car driver William Langhorne and his wife applied a somewhat unusual attitude toward bathroom decor when they designed the lavatory of their mansion in Georgetown.

"It's not for shy people," Langhorne told the news provider. "We wanted to maximize the openness and make it as sleek as high-end automotive design."

The Post goes on to explain that the entire bathroom can be seen from the stairs, the bedroom and the walk-in closets. While it doesn't offer much in the way of privacy by itself, the glass surrounding the decisively modern bathroom can be darkened with the flip of a switch. Longhorne's wife Samar said she's developed a particular fondness for being able to look at the TV and fireplace in her bedroom while she lounges in what The Post describes as a "sculptural" bathtub.

Julia Walter, who works for an Italian company that produces luxury bathroom furniture, explained to The Post that the Langhornes' bathroom setup exemplifies a bathroom decor trend, where those with the means to do so are preferring to arrange their bathroom more like a spa than a closed off, utilitarian room. For couples like the Langhornes, luxury and relaxation take precedence over functionality.

Celebrities and their many, many bathrooms

But for some members of the rich and famous, it's not a question of how stylish or how practical their bathrooms are. It seems to be more of a matter of quantity over quality.

For instance, Xpose Entertainment lately reported on the sale of Christina Aguilera's mansion, which contains nine bathrooms. The abode originally belonged to the Osbourne family - noted for patriarch, heavy metal legend Ozzy and his wife, Sharon. In light of the fact that they used to share the home with children Jack and Kelly, it's fair to say the nine bathrooms made more sense during the eccentric family's residency.

If nine bathrooms sounds impressive, that's nothing compared to the bathrooms reportedly installed in the former Connecticut estate of Mel Gibson. Zillowblog states that 13 bathrooms are on the premises, while World of Female marks the bathroom count at 18. According to Greenwich Time, Gibson sold the mansion in 2010 for almost $24 million.

But the more you look into the topic of celebrity bathrooms, the more the number of bathrooms per-mansion seems to go up. According to the U.K. news source Beat the Wolf, the house Oprah Winfrey purchased in 2001 include 14 bathrooms, while the estate of rapper 50 Cent has 37.