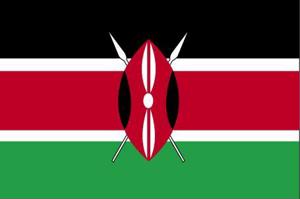 While many major news outlets are too prudish to report on the breaking toilet stories from around the world, we refuse to back down from the hard-hitting events in the world of toilets. This week's toilet news comes from Africa, where a shortage of sanitation services has been a problem in some areas. Meanwhile in San Francisco, some confusion has arisen as to what qualifies as a "historic" toilet.

Al Jazeera recently reported from the slums of Kenya, where some residents have resorted to using "flying toilets" - that is, relieving themselves in plastic bags and throwing them as far as they can away from their homes - in lieu of having to travel some distance by foot to use one of the community lavatories that, sometimes, consist only of a hole in the ground.

In light of the obvious sanitation issues this trend has brought about, an organization based in the village of Kibera known as "Peepoople" has created single-use toilet bags that reduce waste to ammonia and carbonate, which is in line with World Health Organization hygiene and disease prevention standards, states the news source.

The bags' double-layer design helps keep hands clean during use and prevents animals and flies from being attracted to the remnants. The contents of a Peepoople bag are dissolved by five grams of a chemical called urea, and a single bag only costs the equivalent of three American cents, according to Al Jazeera. Some people use them as fertilizer, while others throw them away into a designated drop off for collection.

The Peepoople website echoes statistics from the World Health Organization, showing that more than 2.5 billion people worldwide don't enjoy the immediate access to toilets that we tend to take for granted in the United States.

Back in the states - although some toilets recently removed from the San Francisco City Hall may not be as "historic" as a sign announcing their replacement claimed, according to San Francisco Weekly, a few genuinely historic toilets can be found on the premises. Some are in the Board of Supervisors chambers and behind hearing rooms that were formerly used as judge's chambers. These johns were originally installed sometime between 1913 and 1915, when the building was first constructed.

While city officials have a comparatively easy time doing away with toilets that are mere outdated and inefficient, the news source reports that replacing 100-year-old toilets with "Water Efficient Toilets" would need an okay from the City Hall Preservation Advisory Commission.