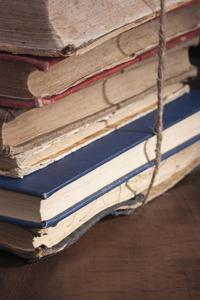 On those occasions when we have reason to believe we'll be trapped in the bathroom for a significant period of time, it's nice to have some reading material on hand. But not every book or magazine makes for great bathroom reading. While some might enjoy absorbing complicated academic text books or other intellectually challenging material while on the toilet, most people might prefer to scan something light and entertaining while they take care of their business.

For the reader's benefit, we've browsed the web for some of the more reputable lists of top bathroom reading.

Both AskMen.com and Reader's Digest include the Guinness Book of World Records on their lists of the top reading materials to keep in the bathroom. People go to all kinds of bizarre lengths to get their names listed in the venerable almanac of human achievement. For instance, Citizen News notes that a 33-year-old British man almost got into Guinness for visiting every nation on earth without ever taking an airplane, but was denied due to the fact that he lacked a valid visa during his venture into Russia. Meanwhile, Japanese-English news site Rocket News 24 published that 141 costumed mascots are on their way into Guinness for breaking the record for the largest number of "yuru-kyara" characters to perform a synchronized dance.

AskMen and Reader's Digest may not agree on a lot of things, but as is the case with Guinness, they both added Uncle John's Bathroom Reader to their favorite bathroom reading lists. Uncle John's website - bathroomreader.com - gives you an idea about the tone of the stories and the variety of topics covered. The site includes a well-aggregated story about George Clooney paying someone else's bill at a restaurant, thinking his table was too loud, a video of a man crawling into a bear cave, and a theory explaining why James Bond hasn't seemed to have aged in 50 years of movies.

The works of Frank Miller

AskMen recommends Archie comics and, while we're certainly not bashing Archie, it's noteworthy that many comics penned and possibly drawn by the legendary Frank Miller make exceptionally good bathroom reading. Most of them aren't for children, but fans of gritty noir stories that don't require the reader to think too hard might want to consider making "Sin City" part of their bathroom collection.