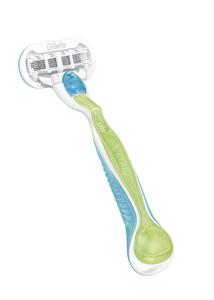 While it's usually obvious when something in your refrigerator has outlived its expiration date, it might not be so easy to tell when certain items in your bathroom need to be thrown out. Luckily, experts have provided some tips for what kind of bathroom accessories you should keep an eye on.

On the syndicated daytime talk show, The Doctors, the four experts described items people typically keep in their bathrooms that should, contrary to many people's assumptions, be thrown away after certain periods of time.

Specifically, the experts pointed to bottles of hydrogen peroxide. While some people keep the popular cleaning liquid in the shelves under their sinks for years on end, opened bottles should be tossed out after six months. Unopened bottles, on the other hand, can sit for three years without becoming unsanitary.

In addition, The Doctors explained that disposal shavers should be discarded after three uses, regardless of how thoroughly they've been washed between shaves. This is especially true for women, who may be at risk of certain infections if they overuse the same disposable razor for shaving their legs. Unlike wine, rubbing alcohol doesn't grow better with age - it needs to be thrown out after two years if it's been opened, and it only lasts three years if the seal has never been cracked.

Lastly, as should go without saying, The Doctors explained that a luffa sponge should be thrown in the trash once it starts to smell funky.

A quick way to make your toilet shine

Meanwhile, cribbing from a how-to book called Joey Green's Cleaning Magic Book, The Huffington Post described how, if one were so inclined, he or she could use two cups of Gatorade to clean the toilet bowl.

The news source explains how this method consists of pouring two cups of any flavor of Gatorade into the bowl, and letting it sit for two hours. Then, leftover Gatorade should be brushed off the sides. Once the flush is complete, the toilet should be displaying a far higher degree of radiance.

Oddly, this isn't the first instance of someone discovering a double-use that a common beverage has for cleaning. The Huffington Post also notes that for washing stains off toilets, a similar method calling for Coca Cola instead of Gatorade is said to be effective.