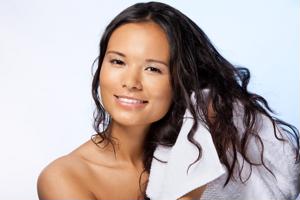 Virtually everyone has probably written off his or her morning or evening showers as a mere part of the daily routine. This should not be so. Time spent alongside shower panels should be about more than making sure you don't smell bad at the office. It should provide some relaxation, and the solitary time to quietly contemplate matters without lots of background noise. There are plenty of small steps you can take to getting the most out of your shower time, in regards to both personal hygiene and mental well-being.

The benefits of water temperature

In addition to some tips on cleanliness and water conservation, the website Organic Authority notes that hot showers aren't always the best call, depending on the circumstances. For example, if you've got sensitive skin, a warm shower will be gentler and less likely to cause a rash. Cold showers, the source notes, are quite underrated. Brisk temperatures are said to leave you feeling more rejuvenated, with improved circulation and are supposed to be better for your skin and hair. That isn't to say there aren't plenty of benefits to taking hot showers. Almost nothing calms the nerves like standing in a room full of steam.

Lots has been written about how certain products could help put you in a relaxing mood in the shower. But Instructables.com points to one accessory that could calm you down that isn't directly related to washing - while drying off, you can make yourself feel comfortable by wrapping yourself in the largest towel you own.  Of course, the source also lists pleasant-smelling shampoos and body washes, and it also states that a shower head that sprays water in a large range could be more soothing than a more direct stream.

Have yourself a beverage

Organic Authority recommends having your morning coffee in the shower - so long as it's carefully placed on a countertop where it won't spill. That sounds like good advice for any workday when you're on the go and want to save a few minutes of your morning commute. The source also recommends a cold beer in the shower, which could taste extra crispy. While obviously not the best idea during the morning, that does seem like a worthwhile plan for an evening or afternoon.