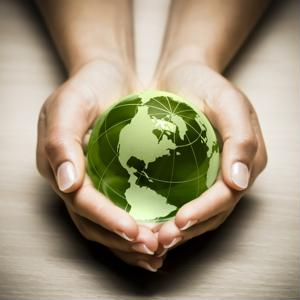 In a new report from Reuters, Liberian President Ellen Johnson Sirleaf announced that bad sanitation circumstances, such as a shortage of accessible toilets, are draining $260 billion a year from the world's economy.

"$260 billion in economic losses annually is directly linked to inadequate water supply and sanitation around the world," she said at a meeting discussing an proposed update to the United Nation's (UN) Millennium Development Goals, set to expire in 2015, according to the news source.  "We must take this issue more seriously."

This meeting transpired in her African nation's capital, Monrovia.

Reuters published other comments from Johnson Sirleaf, a UN co-chair. She said people should think of sanitation improvements as a crucial part of the path to economic development, not something that comes about after conditions and stability have improved in a nation. Without a clean environment, disease spreads, resulting in missed workdays and school days. In addition, members of the population, predominantly females, will spend a significant portion of their time gathering water from sources that are sometimes tainted.

Meanwhile, Indian Express recently reported on comments made by Union Rural Development Minister Jairam Ramesh, who advocated for a reversal to the toilet shortage in India. Not only would toilets provide some security to the 60 percent of Indian women who currently don't have easy access to a toilet, it would also give them a greater sense of self respect and confidence, he said.

While embarrassment is certainly a factor for Indian women with no toilets, the danger of sexual assault surrounding relieving themselves in the open is a far more dire problem.

"As a woman, I would have to check where the males were going to the toilet and then go in a different direction," Meera Devi, an Indian mother of three who, at one point, walked half-a-mile every morning to find a safe, private place to do her business, told Bloomberg. "We used to avoid the daytimes, but if we were really pressured, we would have to go any time of the day, even if it was raining."

Bloomberg also spoke with the World Health Organization (WHO)'s regional adviser on water, sanitation and health, who said that, unfortunately, about half of the toilets the WHO has subsidized in certain parts of India were used for grain storage instead of sanitation.