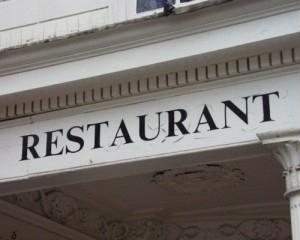 It's been said many times that bathrooms might be the most important room of a household. But what about a restaurant?

Ed Zimmerman, founder of wholesale food sales and marketing company The Food Connector, recently wrote that a poorly-maintained bathroom vanity or other unclean conditions in an eating establishment's restroom could be a deal breaker for customers thinking about whether or not they'll return. On QSRweb.com, he explained how even those who enjoyed their meals could see a filthy bathroom as an indicator that the kitchen might not be in much better condition.

He intended to provide guidance for restaurant owners and managers, but of course, there's no reason why the rest of us can't make use of the same advice. Those who enjoy throwing dinner parties now and again but also don't have the cleanest restrooms might experience the same problem a restaurant would have with guests hesitant to return.

Some would say political pundits in this day and age may take their arguments over-the-top now and again. But when conservative radio talk show host Alex Jones appeared on CNN to be interviewed by Piers Morgan, the experience got him so riled up that he made sure to insult the news station's bathrooms on his way out the door.

"When I was at CNN a decade ago, it was glistening," he announced on his show, according to Media Bistro. "[Today] It looks like Hitler’s bunker… torn-up carpet ... It’s rotting. It literally looked like a gas station bathroom in the worst part of town. It was rotting and those people were in hell."

The article on Media Bistro did not say whether or not anyone from CNN has offered a defense of the condition of the cable news provider's bathrooms.

In other bathroom-related news, the police in Myrtle Beach, South Carolina are investigating more commode crime than most law enforcement agencies generally deal with, according to reports from Myrtle Beach Online.

The news source reports that officials are, as of Wednesday Jan. 9, looking into a case of possible arson, where a fire destroyed two outdoor public bathrooms in the very early morning. In addition, approximately 100 rolls of toilet paper may have been stolen from the Grand Strand Senior Center on Tuesday, Jan. 8.