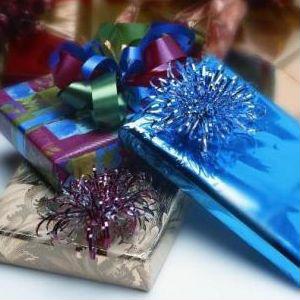 During the holiday season, many people aren't expecting to receive a present meant to be used in the bathroom. Although it might sound tacky to show a loved one your affection by presenting him or her with bathroom accessories - such as hands free soap and toothpaste dispensers, heated toilet seats or a bathroom cleaning robot - the folks at Roto-Rooter don't think any of those are silly ideas. In fact, the company states that most people are in their bathrooms for 30 minutes a day, while at least 25 percent of the U.S. population is in the can for more than an hour on a daily basis.

"People are spending more time than ever before in the bathroom," said Paul Abrams, Roto-Rooter director of public relations. "Trends in home design and mobility of electronics have made the bathrooms of average homes spa-like retreats where a stressed homeowner can unwind with a tablet, music and more."

According to a release from the company, Roto Rooter's suggestions for holiday gifts are meant to be amusing and useful. Predictably, the bathroom-cleaning robot is the most expensive, but the waterproof notepad is only said to cost $10. The other suggestions include racks that keep towels warm, a LED showerhead, a waterproof iPod dock, fogless mirrors and a book titled Chilling Tales from the Porcelain Seat.

Bathroom gifts that could backfire

That said, it's important to keep in mind that some holiday gifts designed to be used in the bathroom might send the wrong message, as noted by a roundup of poor gift-choices from The Huffington Post. Unless it's on his or her list for Santa, it's probably a bad idea to give a close friend or family member a bathroom scale. There's really no way to interpret an un-asked-for scale, except as an indicator that the gift-giver feels you need to lose weight. The same goes for personal hygiene products such as deodorant and soap. At a time of year when you should be making those closest to you feel special, by giving one of them a gift of deodorant, you might as well be calling that person smelly.

The news source also advises against gifting holiday-themed bath towels. While these towels certainly wouldn't be considered insulting, gifts that only make sense to use during the holiday season do seem a little impractical.