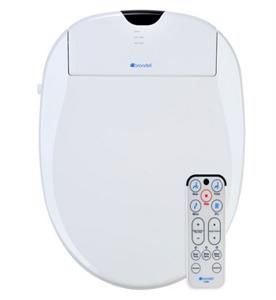 With new innovations in modern technology popping up with perpetual frequency, why let your bathroom remain trapped in the past?

It's not a stretch to say that someday in the not-too-distant future, you'll be able to check your email via on your modern bathroom vanity while it brushes your teeth for you. Until then, here are some futuristic ideas of accessories and items you can add to your bathroom.

Based on findings that the majority of smartphone-wielding Americans bring their portable devices into the bathroom with them, one bathroom accessory company has created a showerhead that doubles as a bluetooth-operated wireless speaker, according to the San Francisco Gate. The device syncs up with music on a smartphone, and operates on batteries. That sounds like a worthwhile purchase for those with an affinity for singing in the shower - especially if they own a waterproof smartphone.

Meanwhile, PC World compiled a list of bathroom accessories its writers found interesting. At the top of the list, there's the Eclipse Television Mirror. When it's off, it's invisible. Once it's switched on, the two-way mirror operates like any other TV...Except that it appears to be floating in your mirror. This could be a tremendous invention for those who don't like shaving their beards without simultaneously watching cartoons.

This one seems a little more obvious, but no-less technologically advanced. PC World reports that Saturn Bath Company in Korea has begun manufacturing a waterproof bathtub/television set combination. It might not seem practical to catch up on your favorite shows while you're brushing your teeth. However, during an hour or more of relaxing in the tub filled with bubble bath, why wouldn't you want to watch a favorite movie without having to fear electrocution?

Bidets aren't exactly "futuristic" by themselves - they've existed for hundreds of years. However, some come equipped with remote controls, and  many believe it's only a matter of time before they gain widespread popularity in America, just as they have in Europe. Wouldn't you want to be a ahead of the curve?

Um, remember a few paragraphs ago when we said you wouldn't be able to check your e-mail on your bathroom vanity until the future? Our mistake. Turns out, the already-existing SmartFaucet from iHouse allows you to do exactly that. PC World says it also changes the flow and temperature of water to your personal tastes via facial recognition technology.