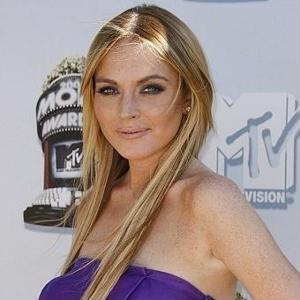 On the set of the upcoming horror satire Scary Movie 5, a clogged toilet in the trailer of famously beleaguered actress Lindsay Lohan caused the plumbing to shut down across the set, according to a report from Wetpaint Entertainment. In addition, page 6 quotes an anonymous source who claims that Lohan flooded her trailer by running the shower nonstop.

"Lindsay clogged the toilet in her own trailer while she was there,” another unnamed source told Wetpaint Entertainment. “And because the toilets in the other trailers ran on the same connected system, the others stopped working, too. No one could go to the bathroom."

According to the New York Post's write-up of the incident, Lohan was uncomfortable with the script - which called for her to play herself in a self-parodying, amorous bedroom scene with former Two and a Half Men star Charlie Sheen.

Lohan and Sheen have both received quite a bit of media attention for the sometimes bizarre events of their personal lives. Lohan has experienced well-documented legal and financial problems. Meanwhile, after he was fired from the Two and a Half Men in 2011, Sheen became infamous for flaunting a decadent lifestyle and implying that "tiger blood" flowed through his veins. He also yelled "winning!" a lot.

There's a chance you don't feel inclinded to emulate many of the choices Charlie Sheen or Lindsay Lohan make - but Complex.com has collected eccentric, neat ideas other celebrities have used to spruce up their bathrooms.

(In fairness to Lohan and Sheen, their bathrooms aren't included in Complex's list, so there's no way for us to judge their taste in bathroom decor. For all we know, it's impeccable.)

A multi-colored bathtub with a tile scheme that resembles a disco ball could seem garish in the home of almost anyone - except for the mansion of Beyonce and Jay-Z, where it fits right in. Kanye West set up a stylish fish tank beside his bathtub, while music mogul Russell Simmons has a solid gold toilet installed in his lavatory.

But the most overtly "novel" bathrooms noted by the source belong the Osbourne Family - which has an unrelenting pink motif - and Mariah Carey, whose bathroom features a Hello Kitty theme uncharacteristic of most 42-year-olds.