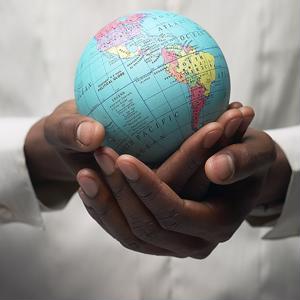 A survey of 2,000 residents of the United Kingdom shows that more people in that nation are concerned with making their bathrooms environmentally sound than researchers expected.

A follow-up report from General Idea explains that while less than 5 percent of study participants cited limiting water use and recycling as top priorities when it came to their homes' utilities, it's still a higher percentage than were worried about the financial equity of their home. Even fewer respondents said they were worried about whether they could move into a more affordable home. In light of the U.K. economic crisis, General Idea stated that the prevalence of environmentally-based anxiety is significant.

Contrary to some stereotypes about how seniors think about "green" issues, 52 percent of study participants over the age of 55 stated that their homes' carbon footprints were a major concern.

These people and others may want to look at tips provided by Mother Nature Network (MNN) and others on how they can change their bathrooms to save water, wood pulp and other natural resources.

The source says conserving water may be the easiest, most straightforward thing an aspiring eco-friendly bathroom user can do. For starters, turning off the bathroom faucet while teeth are being brushed will conserve 240 gallons of water a month. In what may be troubling news for people who like to take long, luxurious baths, MNN states that showers use less than 15 percent of the water that generally goes down the drain at the end of a bath.

However, if you can't live without the occasional bubble bath - and, really, who can? - you might be able to make up the difference by installing an Environmental Protection Agency-approved low-flow toilet. The Learning Channel goes a few steps further, encouraging readers to implement low-flow shower heads and limit time spent in the shower to less than 10 minutes.

In addition, MNN recommends purchasing environmentally friendly soap for individuals with strong enough immune systems to handle exposure to a little bit of additional bacteria. The source goes on to explain that synthetic materials present in some inorganic soaps may be detrimental to safe sewage management.