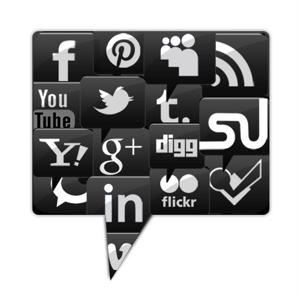 If you're uncomfortable with the idea that your favorite people to follow on Twitter may be relieving themselves as they compose their witty observations, the following may hit you as distressing news.

Findings from Nielsen and NM Incite show that nearly 30 percent of people between the ages of 18 and 24 check up on their social media sites - such as Facebook, Twitter and Google Plus - while they're using the toilet. The researchers also expect the number of people tweeting or messaging "FB" friends while using the lavatory will go up in upcoming years, as the number of people using social media sites has risen almost 40 percent this year alone. In addition, use of smartphones to connect to the internet rose about the same percentage, while more than 15 percent more people are using tablet devices.

"Social media is truly everywhere in people's lives," Deirdre Bannon, vice president of social-media solutions at NM Incite, told the Detroit Free Press. "It is so ingrained and has touched every facet of everything we do all day long. We are literally taking our phones with us to the bathroom and connecting on social media."

Only about 15 percent of 35 to 44 year olds who responded to the survey admitted to social networking on the commode, and the rates of men and women who use their toilet-time for social networking came out about even. This research included information from more than 200,000 people collected during the summer of 2012.

Meanwhile, IOL News reported on a World Toilet Summit in Durban, South Africa, which took place in early December of 2012.  Pieter Lemmer, a director at sanitation product manufacturer Calcamite, told the news provider that most people flush about 25 liters of water a day. That combines to more than 9,000 liters annually, not including water used to clean hands or bathe.

In light of this, the World Toilet Summit housed a competition for innovative toilets, along the same lines as one sponsored by the Bill and Melinda Gates Foundation earlier this year. The news source reports that numerous vendors showcased environmentally-friendly toilets that functioned without water or chemicals, some of which had odor-eliminating features. Solar powered toilets that harnessed the heat of the sun to decompose waste were demonstrated at the summit as well.