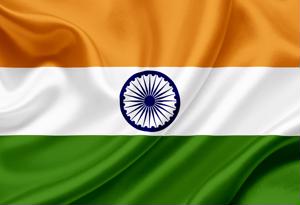 In light of the severe shortage of toilets in India, a program called Suchi@School has installed more than 130 electronic toilets in 35 schools across the Indian city of Ernakulam, according to a report from TheHindu.com.

Meanwhile, the Times of India reports that the use of electronic toilets has been championed by the former minister for rural development, Jairam Ramesh. These commodes convert the results of a typical run to the bathroom into biological charcoal, minerals and clean water. It is hoped that eventually, electronic toilets will turn human waste into electricity.

A picture on the website shows the toilets resemble pink and yellow contraptions with cartoon figures painted on for decoration. Ernakulam is part of the state of Kerla, an area that is far better off when it comes to toilet availability than the rest of the nation. The news source explains that 91 percent of homes in this area of India have access to toilets, as opposed to the less than 30 percent throughout the rest of the country.

A government administrator TheHindu described as P. Rajeev told them that the funding for this project came from the Local Area Development Fund.

According to CNN, the Indian toilet shortage has gotten so bad that 60 percent of the people in the world who defecate in the open live in India. The news source reports on statistics from the World Health Organization, stating that 635 million citizens in India are forced to resorting to open defecation due to lack of toilets. Lack of plumbing and drainage is the major issue - CNN states that out of about 8,000 towns in India, only a few more than 150 have sewage treatment plants.

Some Indian government officials see electronic toilets as the solution to India's toilet problem - however, other members of the Indian government are pushing harder for more widespread use of bio toilets. The Times of India report that the representation from the nation's Defense Research and Development Organisation were impressed by toilets innovated in Antarctica. These bio toilets turn human waste into scentless water.

The Times of India also reports that the government railway system has been taking heat for emptying toilets along the tracks. As trains cross many bodies of water, the Environmental Ministry as expressed concerns about contamination.