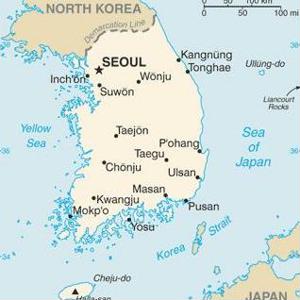 A bird's-eye-view shot on Cnet depicts a giant toilet, situated in the middle of a lush green environment. As much as that image may take a person aback, it's really nothing to freak out over. It's just the Restroom Cultural Park in South Korea.

The massive potty is a monument to the late Sim Jae-Duck, the former mayor of Suwon who - according to sources - dedicated his life to toilets. Legend has it that he was born in his grandmother's.

"Humans tend to do most of their intensive thinking while sitting on a toilet," city representatives muse on the Suwon website, according to the report from Cnet. "As can be seen, restrooms are no longer a place to finish up urgent business and quickly leave. It has evolved into a place where you wash your hands, primp yourself and keep your mind and body neat."

According to the news source, Jae-Duck succumbed to prostate cancer in 2009. Before that, he created the World Toilet Association, penned a book called "Happy to Be With You, Toilet," and built the toilet-shaped mansion which was eventually converted into the Restroom Cultural Park.

A BBC story shows that many bronze statues of people posed in squatting positions are on display around the theme park. In addition, visitors can also enjoy several toilet-themed art displays.

A representative from the Restroom Cultural Park by the name of Lee Youn-Sook, told the BBC that even though most people only want to focus on the eating aspect of digestion, ultimately, we all have to think about the toilet sooner or later. But, as opposed to considering toilets crass, she said our time on the toilet is something all cultures and people have in common.

A Guardian report describes the theme park by stating that it includes a bowl-shaped exhibition hall, and is possibly the first museum or entertainment facility in the world dedicated to defecation and urination. Visitors can see the toilet where Jae-Duck was reputedly born on display, and the luxurious, privacy-minded toilet he used during his living mayoral years. Back in those days, he used his administrative clout to improve restroom facilities for his fellow countrymen.

According to the news source, South Korea considers Jae-Duck, not Thomas Crapper, the real patron-saint of toilets.