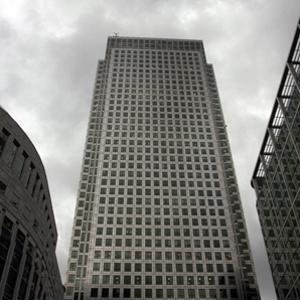 Remodeling your bathroom can enhance the appearance, comfort and water-efficiency of one of the most important rooms in the house. While it takes a little time and effort, at least you can be grateful that you don't have to change the bathrooms for an entire office building.

An article appearing in the Denver Business Journal noted that bathrooms in office buildings are among the smallest rooms, yet they're vitally important, and a large amount amount of exactitude is needed to ensure bathroom must-haves such as shower panels and bathroom faucets are correctly installed. The news source reported on the problems a construction company had when setting up new bathrooms at the $623 million Exempla Saint Joseph Hospital in Denver, Colorado. Leaks can be a particular problem for hospital bathrooms, according to the news source.

"There’s a precise slope you need to have in order for the water to draw back into the room, or the shower, rather than going out into the room," Bain Farris, the president and CEO at St. Joseph's, told the Denver Business Journal. "Leaks at home are annoying. Leaks at hospitals cause bugs and infections."

In light of these issues, the Business Journal notes that St. Joseph's hired Eggrock Bathroom Pods, a company near Boston, to install the new bathrooms.

Remodeling trends for around the home

Luckily, remodeling a bathroom in an ordinary household isn't as tricky as redoing the lavatories of a hospital or office building. Reporting on the hottest current trends in the world of bathroom remodeling, MSN reports that big showers, extra lights, steam baths, improved ventilation systems, putting walls around the toilet and including entertainment devices such as televisions and small refrigerators are currently all the rage. Multiple bathroom vanities - so two members of the household can both enjoy their own personal storage space and mirror - are also growing in visibility.

"People want luxury in their bathrooms," Barb Friedman, the president of an Oregon-based remodeling firm, told MSN. "They want to feel like they're going into a spa."

The news source also reports that steam baths have become more popular in recent years, in light of how being completely surrounded by steam can reduce stress. These devices are often capped off by a sloped ceiling designed to reduce condensation, a floor drain, a vapor-tight door and a seat, so people can enjoy their steam without having to stand up the entire time.