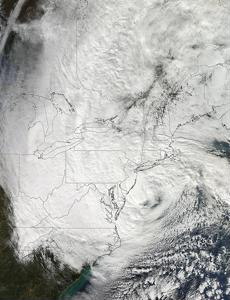 Much was reported about the several days citizens of New York City spent without electricity following the onslaught of the tropical cyclone known as Hurricane Sandy. But the storm also knocked out the Big Apple's plumbing infrastructure, and left many areas without running water.

NBC news reported that emergency water stored in bathtubs and bottles by New Yorkers anticipating a damaged infrastructure should still be safe to use for days, according to experts.

Martin Makary, a gastrointestinal specialist from Johns Hopkins University, told the news provider that as long as it hasn't come into contact with sewage, water doesn't necessarily need to be sterilized to be safe to drink.

However, as many water pipes ceased to function during the storm, some citizens had to rely on their emergency water to make their toilets flush. Brett Sherman, a West Village resident, told NBC that she was only able to keep her toilet flushing with water she had set aside in her bathtub.

"A lot of the toilets in buildings like that don't have tanks," she said to the news source. "You can just take a bucket of water and pour it in and it flushes. We discovered that. But can you imagine that going on in hundreds of buildings?"

One could make a case that, in this way, remodeling your bathroom with a larger bathtub might be a good idea if water ever needs to be stored up in the case of a blackout and water failure And the extra space for a luxurious soak in a nice bonus too.

Meanwhile, a report from the Washington Post states that some plumbers based in New York City have been putting 16 hour shifts into hurricane recovery efforts. Some plumbers the news source spoke with said they've gone through three pairs of boots since the natural disaster occurred.

A few others told the Post that all the extra business has been a silver-lining around the catastrophe.

"Our business is up probably 30 or 40 percent," Moe Haislip of the John C. Flood plumbing and electrician company, told the news source. "Our regular customers are calling to make sure their equipment is working properly, and then there are a ton of new customers calling with emergencies or needing repairs. We’re staying busy around the clock."