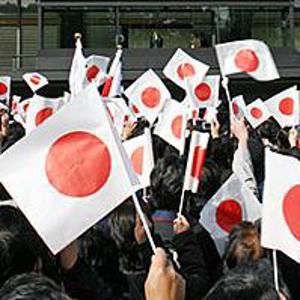 While wildly popular in Japan, Washlet toilets have yet to fulfill their manufacturer's hopes for becoming a mainstream sensation across the Pacific, according to a report from Agence France-Presse (AFP). Washlets first became available in the 1980s and are a brainchild of the toilet enthusiasts at TOTO, which also makes bathtubs and various plumbing products. TOTO also had a hand in creating a toilet that functioned as a soccer goalie earlier this fall.

A representative for the company told the news provider that it's the prudishness of some Americans that has kept his company's toilets - whose sales numbers are as high as 30 million and which appear in 70 percent of Japanese homes  - from becoming a smash in the U.S.

"It's because of the cultural taboo over talking about toilets," Hiromichi Tabata, the head of TOTO's international division, told the AFP. "Americans avoid talking about those kinds of things, so we can't expect success from word-of-mouth, even if they recognise our products are excellent. Many celebrities say they love the Washlet when they visit Japan, but the fervour is temporary."

Specifically, Madonna has been noted as being a big fan of Washlet toilets - especially the heated seats. AFP also mentions water-jets that provide a bidet-like function and a mechanism that reduces smell as features many Washlet customers may be keen on.

But America isn't the only country where Washlets have failed to achieve the popularity they enjoyed in Japan. A report from Free Malaysia Today (FMT) shows that less than 15% of Washlet's profits come from nations outside of Japan. In addition, shyness about talking about toilet use may not be the only thing deterring Americans from purchasing Washlets - the news source notes that the cheapest version of the Washlet costs a hefty $900.

However, the TOTO people are optimistic about the future of the Washlet. FMT reports that the toilets are becoming more prevalent in China, and Europe's greater leniency when it comes to cultural taboos could help the Washlet gain some traction there, TOTO executives hope.

"We expect Europe will eventually get used to the idea of a heated toilet seat with warm water," Tabata told the AFP.